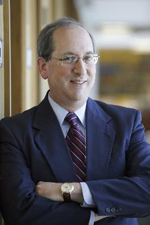 I've had an article published on the address Frederick Lawrence, Brandies' President-elect gave to the ADL National Committee on hate speech on college campuses.

The former B.U. Law Professor and Dean of G.W. Law gave a very reasoned argument about why provocative, and often times offensive expression is encouraged on campuses. However, he noted that the line is drawn when people are meant to feel threatened or delegitimized

When asked how he would handle the recent suicide at Rutgers University, he noted that college president's are only "one phone call away" from being in their peers shoes, and for that very reason, he wouldn't critique that schools handling of the situation.
Posted by Andrew Bruss at 9:28 AM