After 31 years, R.E.M. has called it quits. On their website they posted this note: "To our Fans and Friends: As R.E.M., and as lifelong friends and co-conspirators, we have decided to call it a day as a band. We walk away with a great sense of gratitude, of finality, and of astonishment at all we have accomplished. To anyone who ever felt touched by our music, our deepest thanks for listening." R.E.M.
In honor of the group, the music they gave the world, the progress they made for gay artists, and the sanity frontman Michael Stipe helped Thom Yorke of Radiohead find, I have linked to a review of their live show I published a few years back. I've also included a few of the photos that didn't make the cut the first time around.
This one's for the Man On The Moon... 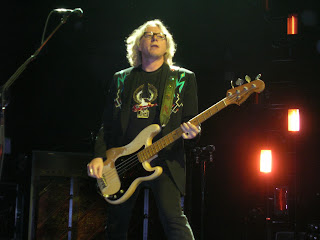 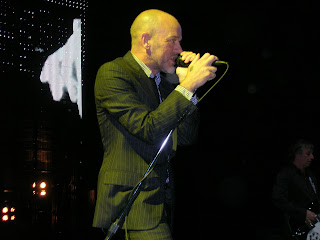 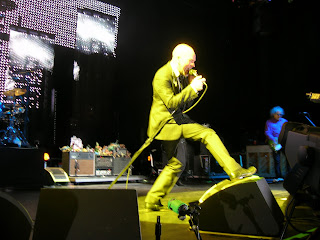 Posted by Andrew Bruss at 12:58 PM No comments:

The Atlantic just ran a major feature that offered one of the most intimate views of the Secret Service that has ever been provided. How reporter Marc Ambinder convinced the agency to give him such an up-close understanding of how they protect dozens of world leaders during the UN General Assembly both puzzles and astonishes me.
One of the most interesting tales that came to light was that the Secret Service pulled their guns on the Turkish delegation during a misunderstanding that arose from Prime Minister Erdogan’s unwillingness to wait for Obama’s motorcade to pass.
Another interesting fact is that on more than one occasion, the CIA has asked the Secret Service to spy on the leaders they have been tasked with protecting. Although he refused to comment on the request, Mark Sullivan, Director of the Secret Service, told Ambinder that the agency is only a consumer of intelligence, not a collector.
Although the agency refused to confirm that the CIA asked them to collect intel on two occasions, former director W. Ralph Basham told Ambinder: “Once you lose the confidence of those individuals you protect…. It would never be a workable situation.”
Props to the Secret Service for standing their ground and being the more honorable agency. But you can’t blame the CIA for asking. Who ever said spying was supposed to be honorable anyway?
Posted by Andrew Bruss at 7:10 PM No comments:

The Palestinians deserve a nation of their own, but according to the PLO’s Ambassador to the United States, that nation should not allow Jews. Maen Areikat told USA Today that it was in the best interest of both Jews and Palestinians “to be separate.”
When asked to elaborate about a possible Jewish minority in the future Palestinian State, Areikat added, “I believe… that as a first step we need to be totally separated.”
On the surface, this statement seems logical enough. However, if Israeli’s and Palestinians need to be separate, then why have multiple Israeli peace proposals been denied on the grounds that Palestinians demand the “right of return?”
A key Palestinian demand has been that Palestinians should be allowed to return to the Israeli territory their ancestors inhabited, in addition to the right to a nation of their own.
You may wonder why Palestinians would even want to live in Israel if they have a nation of their own. I wonder  if Palestinians have a right to return to the lands their great grandparents were forced off of, does that mean I am entitled to my own farm on the lands in the Ukraine my great grandparents were forced off of?
But those are issues for another blog post. What needs questioning is if the Palestinian Authority insists on the right of return for Palestinians to Israel, but does not believe that Palestinians and Israeli’s should live together, then what kind of Middle East do they want?
The scenario this ambassador strives for would either not include a Jewish State at all (a scenario more aligned with the policy of Hamas than the PLO), or a Jewish State flooded with Palestinian refugees that boarders a Palestine that does not allow Jews. Both scenarios are unrealistic and anti-Semitic. But this can be expected from a people who plan to unilaterally declare statehood while in the midst of a bloody civil war between the separate governing bodies of Gaza and the West Bank.
Call me when the PLO gets practical…
Posted by Andrew Bruss at 3:08 PM No comments: 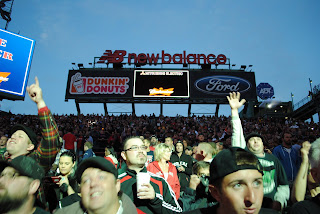 I had the pleasure of reviewing a performance by the Dropkick Murphys at Fenway Park for Glide Magazine/Hidden Track this past weekend and I felt like sharing the review with the loyal readers of andrewbruss.com.
I’m well aware that 750 words can only convey an auditory/visual experience to a certain extent, and I can only hope the epic nature of this performance has been conveyed in my review. Additionally, I’ve attached a few photographs that did not run in my review to paint a better picture of how the ballpark was set up, as well as youtube clips of "Kiss Me I'm Shitfaced," and an acoustic "Echo's On 'A' Street." Enjoy! 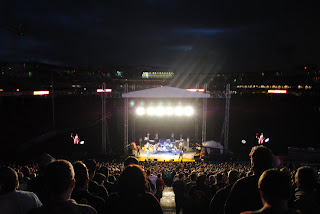 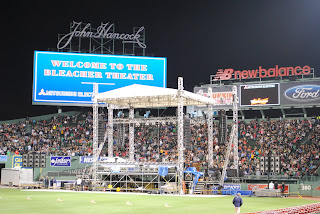 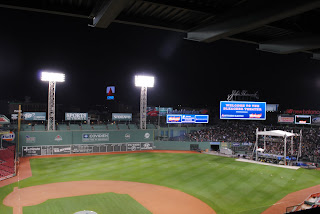 Posted by Andrew Bruss at 10:54 AM No comments:

Ten years going and the memory of 9/11 is fresher than ever. I’d be lying if I said I hadn’t been dreading this post. It would have been great to write a piece about how far we’ve come as a nation in the past ten years and how the progress we’ve made disproves the ideology behind Islamic extremism. Unfortunately that wouldn’t be honest. We are no better off now then we were on that sunny Tuesday morning, and I think all signs point to our nation as a whole being in a place that is much, much worse.
Our armed forces have suffered thousands of lives lost, plenty of amputations and more emotional trauma than can be calculated. The decline in civil liberties has been so severe that shockingly unconstitutional acts like the suspension of habeas corpus has been embraced by both major political parties and is not even considered to be a contested issue.  The foolish military endeavors we embarked on following the attacks on the World Trade Center have drained our treasury and our influence on world affairs is lower than it has been since before World War II.
I’m not blaming us as a nation, nor do I hold any one person or party responsible. However, all of the reflection on that painful day has made this process that much harder for me. What lessons have we learned? What has been taken away from the scar that was branded into our nation's collective memory? But more importantly, in the next decade to come, can we expect our national decline to reverse its course? I don’t know, but for the sake of the children I would like to raise one day, I certainly hope so.
AB – 9/11/11
Posted by Andrew Bruss at 9:06 PM 1 comment: