I’ve called My Morning Jacket “The Greatest American Rock Band Of Our Time” on more than one occasion and their performance last night in Boston defended the title. Their two-and-a-half hour long performance touched on songs from throughout their decade long career, leaning heavily on their 2011 release, Circuital, performing tracks like “Victory Dance,” “First Light” and “Holding Onto Black Metal.”
In addition to the new tunes, Jim James and his cohorts welcomed opening act Neko Case to the stage for a rendition of “Islands in the Stream” by Dolly Parton. After blowing thousands of minds and eardrums, Jacket ended the night on a high note with “One Big Holiday,” a rifftastic track off 2003’s It Still Moves that every fan has come to expect to hear at a Jacket show.
I’d love to trail on about the multiple genres they blended, James’ showmanship, or the wonderful crowd who packed the Bank of America Pavilion, but sometimes photographs do the job better than words… 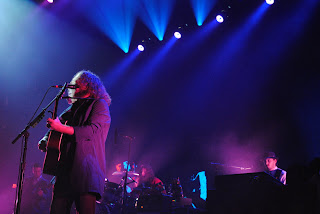 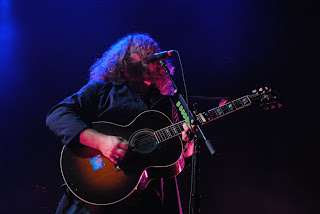 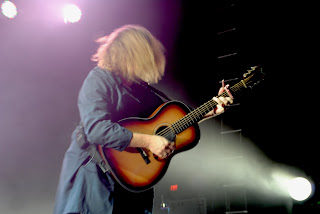 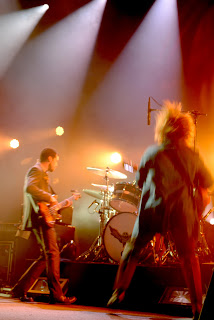 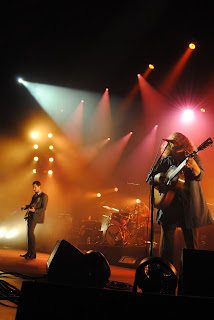 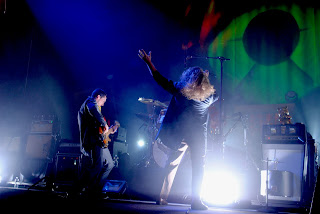 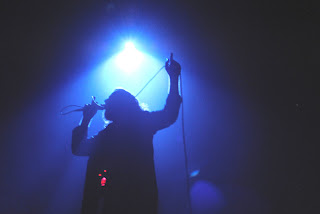 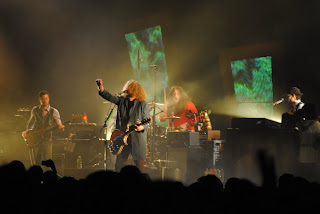 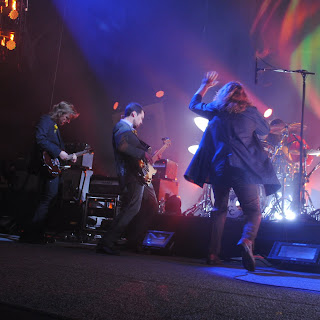 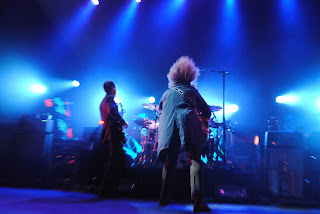 Posted by Andrew Bruss at 4:24 PM No comments:


Nobody ever said being a cop was easy, and the job is even harder when deranged gunmen fire on you. This was the case in Brighton yesterday when police arrived on the scene after an old man was wounded (and later died) of a gunshot wound.
Police responded to the scene only to be fired upon, and took up defensive position while they waited for a SWAT Team to arrive.
I was waiting for a bus when I saw an army of police cars drive by, which encouraged me to tune in to the Boston Police Department’s radio frequency, at which point I heard that SWAT and a negotiator were en route to a location two blocks from me. On the way to the site of the shooting, I got on the line with an editor from AOL’s Patch.com who expressed interest in my pending coverage and I showed up ready to report on the scene while gathering media. Said media is linked here.
Although the shooting victim died, no police officers were harmed subduing the shooter. Unfortunately the shooter made it out of the situation without a scratch. The BPD is currently offering no information on the shooter or his victim aside from their ages.
Big props to the BPD for operating in a way that was nothing less than professional.
Posted by Andrew Bruss at 8:00 AM No comments:

Obama and our Credit Rating: Downgraded


People have been asking me all weekend if I think the downgrading of our credit score from AAA to AA+ will impact Obama’s reelection. The short answer is yes, but it doesn’t matter.
People on the right think Obama is an abomination and the lefties consider him to be a serious disappointment… but he will be reelected. Very few people are pleased with the State of the Union or the President’s track record… but he will be reelected. Americans are growing frustrated with Obama’s Afghanistan policy and the pathetic lack of leadership he showed during the crisis to raise the debt ceiling… but he will be reelected.
The simple truth of the mater is it is a rare thing for Presidents to lose their reelection campaigns. It is even more rare during times of war (ask W. about that one).
The opposition is pretty weak. Gingrich is operating like he is on a course of self-destruction. Mitt Romney is unlikely to escape his image as an elitist who made his millions by laying off blue collar workers, and Bachmann, the most energizing figure in the running, will alienate independents with her “Pray the Gay Away” demagoguery.
The real contenders from within the Republican Party are keeping out of the race until 2016 when they won’t have to campaign against a sitting President.
So the economy will continue to slide, body bags will continue to return from Afghanistan, and if the last 3 years (or 3 weeks) are any indicator, this country will still be in for some hard times that are not likely to go away anytime soon. But mark my words: for better or worse, this President will be reelected.
Posted by Andrew Bruss at 1:27 PM 3 comments:


As of press time, the debt ceiling is expected to be raised in the nick of time and disaster has been averted. But has it? Unemployment is up, consumer confidence is down, we are digging ourselves into a greater pit of debt and our confidence in the government has been buried in a shallow grave alongside other absurdities such as Clear Coke and Green Ketchup.
For the record, economic issues are far from my area of expertise, but as an avid news junkie, I’ve followed this situation enough to know that one of the greatest fears relating to a default is that the Federal Government would see its AAA credit rating downgraded. Raising the debt ceiling and paying our bills will avert this scenario… for now. Plenty of experts predict our credit rating is destined to be downgraded and the robust editorial staff at Not Your Sunday Times is in full agreement.
The most disturbing aspect of this whole situation has been the utter inability of our government to function when the stakes are so high. True, the House of Representatives passed the bill within hours of default, but seeing Congress behave like a stoned philosophy major hammering out his term paper the night before finals does little to instill confidence.
The political deadlock we have seen over the past few months should disturb every American who wants to leave a worthwhile future for his or her grandchildren. President Obama told the country, “Americans voted for a divided government, not a dysfunctional government.” He couldn’t be more right. Too bad he maneuvered himself through this crisis without a semblance of political courage.
Posted by Andrew Bruss at 9:19 AM No comments: