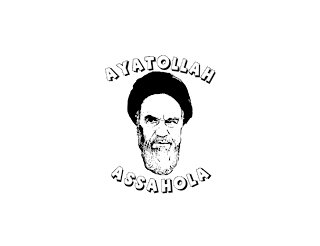 For as long as Iran has been developing a nuclear program, their opponents have warned that a nuclear armed Islamic Republic would create an arms race in the Middle East. Today, it seems as though the race is about to begin. Saudi Arabia, the region’s strongest Sunni-Arab state, stands to lose the most if Iran, a Shia-Persian theocracy, gets a bomb (sorry Israel).
SaudiArabia’s American ambassador told NATO allies: “[A nuclear bomb in the hands of Iran] would compel Saudi Arabia… to pursue policies which could lead to untold and possibly dramatic consequences.” He didn’t get specific, but an advisor of his came out yesterday to clarify the message saying,” We cannot live in a situation where Iran has nuclear weapons and we don’t. It’s as simple as that. If Iran develops nuclear weapons that will be unacceptable to us and we will have to follow suit.”
The Saudi’s have plenty to freak out about. Iran has a habit of building proxy armies throughout the region, including Hezbollah, who is reported to have tens of thousands of missiles stocked up for their next war with Israel. Additionally, things have gotten ugly for Saudi Arabia’s neighbors and Iran is making things worse. The Arab Spring that has spread throughout the region has brought thousands of protesters into the streets of Bahrain, an island kingdom so close and small it looks like a wart on a map. While Saudi forces have (brutally) helped the Bahraini government suppress the unrest, Iranian agents are making matters worse.
If the Saudis and Iranians get all India/Pakistan on each other, it’s only a matter of time until Egypt (the Arab world’s most populous country) gets in on the antics, and before long, Jordan is going to see what the fuss is all about.
In the event of a nuclear arms race in the Middle East there is one demographic that are the undisputed winners: Residents of the International Space Station. A nuclear blast in the Middle East would be so hot, entire deserts would turn into one big plate of glass. That would look cool from space…right?
Posted by Andrew Bruss at 8:06 PM No comments: