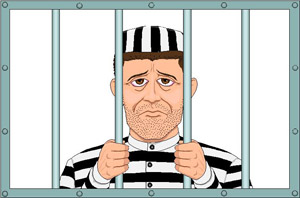 Wikileaks founder Julian Assange is behind bars in the U.K. for committing sex crimes in Sweden. While some outlets are reporting he is being charged with rape and sexual assault, others are saying the charges pertain to a broken condom and a refusal to submit to STD tests.
While the easy assumption to jump to is that the long, vengeful hand of the United States has orchestrated all this, the charges were filed by two female victims before this recent dump of diplomatic cables.
Some legal analysts are saying that the charges will be hard to prove, and if he is innocent, Assange deserves to walk. However, if he is guilty, I’m comfortable assuming his diplomatic mischief will result in the book being thrown at him.
The U.K. is likely to extradite him to Sweden, who in turn has an extradition agreement with the United States. The big question is if Assange is not found guilty of rape, would he still be extradited to the U.S. for violating the Espionage Act?
If the U.S. asks the Swedes for him, his guilt in this case doesn’t seem to matter. Turns out jeopardizing the pissing off the State Department to earn yourself international stardom can get you into a lot of trouble. Don’t drop the soap Julian...
Posted by Andrew Bruss at 10:09 AM