The Next Hundred Years... 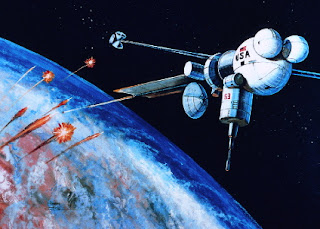 China and Russia will fragment, our energy will come from space, and the United States’ greatest geopolitical competitors will be Turkey and Japan. That is how STRATFOR founder George Friedman predicts things will pan out over the next century. Far from futurism, Freidman bases his predictions on a vast knowledge of global history, as well as statistics pertaining to shipping routs, energy consumption, political cycles and birth rates.

Imagining Turkey as a Eurasian powerhouse isn’t that hard to fathom, but the boldest prediction Freidman makes in The Next 100 Years: A Forecast for the 21st Century is that by 2080, Mexico will be challenging the United States for dominance of North America.

Friedman accurately notes that if you told someone in 1946 that Japan and German would be among the worlds largest economies within 30 years, they would laugh in your face. If you’d told someone in 1970 that by the new millennium China would be the worlds fastest growing economy, they would be even more likely to call you a liar and a demagogue. However, we know these truths to be self-evident. Japan is now the second largest economy in the world, and if I were smart, I’d start learning mandarin.

Friedman writes that the key to the United States’ geopolitical dominance for (at least) the next hundred years is our complete control over all the worlds oceans, something only possible thanks to our Pacific and Atlantic coasts. Thanks to these coastal boarders, North America is assured to be the geopolitical center of gravity for the next century. Mexico’s vast civilian population in the South Western United States will play a big part in the borderland going back and forth between the two nations towards the end of the century. This, Friedman predicts, will turn into the first war on American soil since Texas was Mexican territory. Thankfully that won’t happen until we’ve mastered the delivery of space-based energy to the earth’s surface and have militarized space stations.

Friedman’s analysis as the founder of STRATFOR is purchased by Fortune 500 companies, various intelligence agencies, as well as major nation-states across the globe. While his predictions for the next hundred years may not prove 100% accurate, they’re worth reading about.

Did I mention that Poland's sphere of influence will come to dominate Germany?
Posted by Andrew Bruss at 12:07 PM